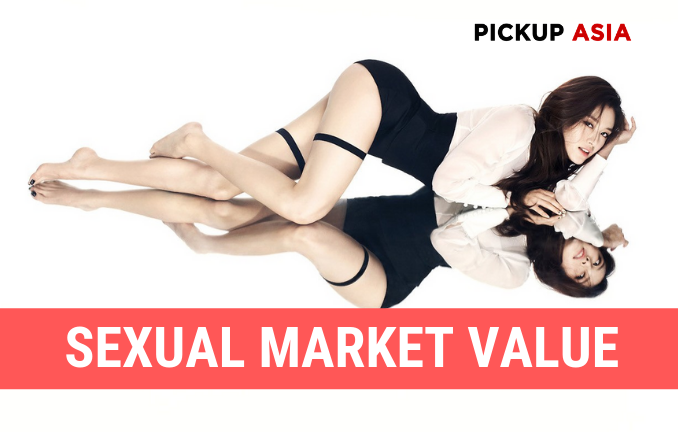 What is your Sexual Market Value?

Each country has it’s own ‘Sexual Market’ which factors in both peoples professional utility and their sexual value.

Let’s take a look at what the Sexual Market is and how it works in Asia.

These are the things generally valued about each gender:

There are other factors that are taken into account depending on the type of relationship both parties are seeking, especially in terms of long term social contracts like marriage, these factors I categorize within the ‘Social Market’, which isn’t todays central topic.

China has had a pretty rough time in the last century or so, it’s also undergone some MASSIVE changes which has led to some interesting mutations in terms of what people value socially and sexually.

Chinese people traditionally relied on family and job based status, money and match making to create romantic relationships that lead to marriage and babies, this system worked decently well when the majority of the population didn’t have a lot of money.

That meant that to be successful within the Market, you needed social connections and money, especially because Chinese people are pretty cliquish and distrustful of people outside their immediate social group.

Things are pretty different now because of both the migration of most of the higher value people to the big cities and the internet, which has drastically changed how people can access each other.

In China, Foreigners are generally given a higher SMV position than they would have back home due to both different genetics, scarcity and some social factors.

Simply put, having Foreign genes mix with Chinese genes is likely to create a baby that matches the peak of local beauty standards, is more resistant to disease and will likely have better social options in life because of dual citizenship.

The other factor at play is that there are less Foreigners available than there are Chinese men, also counting that it’s only a small % of the population of Chinese men that fit into the high SMV position.

What Do Chinese People Care About for High SMV?

Social Status – What company do you work for? Who do you know? Are you famous in any way?

Money – Money equals power and security in China, it affords people better healthcare, a better life style and allows people to have ‘face’ by being able to buy various big brand name products.

Appearance – Dress to impress – I have field tested pictures of myself in a suit compared to casual wear, dressing ‘high class or professionally’ always seems to win unless you’re in some sort of hyper niche cultural group.

Here is a video from a youtuber I like quite a bit that I feel does a good job of breaking down SMV in more detail:

Another aspect of SMV is the comparison between participants.

China has had some interesting quirks that are worth mentioning as I believe they have affected Chinese men’s SMV when compared with Foreigners, especially in the last 30 years.

China has undergone a massive transformation in the last 100 years which has meant a lot of people have spent a lot of time working very hard to make enough money to build a good life, which left very little time for anything else, thus there are some interesting social quirks.

Bodybuilding was banned in China in 1953 for around 30 years and even now isn’t as widely spread of a social hobby/practice as it is in most Western countries.

Money and Social Status were enough – for the longest time, having a lot of money and a good social position were enough to demonstrate value to girls, in big cities now though, this is changing dramatically now though because there is a bigger and bigger vacuum growing between the top and the bottom of the market.

The Competitiveness of Chinese People – Chinese people LOVE winning, they’re amazingly industrious, this means that most Chinese guys have spent a lot more time studying and working than their foreign counterparts, which resulted in them having less developed social skills.

This has been an unavoidable fact of Chinese life because you just have so so so many people competing with each other for limited resources.

So as a Foreigner in China, you have an advantage of generally being physically bigger (Especially in the South, most of the larger people in China come from the north) and taller, having more social experience due to more free time and a wider range of life experience which impacts your personality in a positive way.

Another important factor is that Foreigners are generally more emotive than Chinese men because Chinese men have their identity somewhat tied up to the ‘Chinese culturally based identity’ that exists for all Chinese people.

Girls like it when guys are emotional because it’s stimulating for them, it’s one of the key factors of persuading anyone to do anything ever.

You at times do see some couples that you think are very mismatched in terms of their appearance, this is purely because of their inherent SMV.

There is definitely something about the guy that is tipping the scales in his favor, even if his physical appearance isn’t ideal.

You have to also factor in each persons level of access to the women they desire.

Most Chinese men have an advantage of stronger language skills and more extensive social circles than Foreign men.

However Foreign men do approach more overall and due to having no existing social circle after moving to China are more likely to go out to public social gathers and clubs.

Meeting the higher tier of women though rarely happens for foreigners at these places unless they are social gatherings that are locked via a ticket or they are throwing down for tables at clubs to demonstrate some level of money OR they are good at approaching and socializing and do this regularly.

How to increase your SMV?

As a man your SMV is pretty easy to increase.

I am butchering a whole bunch of huge topics into single points there but seriously – improving on those factors will raise your SMV.

Most Foreigners on average are between a 6 and an 8 in China, this is based on both their overall physical appearance and their earning potential as compared to their local counter parts.

On the same hand, most Foreigners seem to go for girls that are 1 or 2 points below their SMV level, which is why there is a stereotype of Foreign guys going for ‘unattractive’ Asian girls, although part of this is also about the difference in beauty standards and the access level they have.

One of the biggest differences between China and Western countries that I think is also worth mentioning is this – Chinese women have a lower sense of security and a heightened sense of risk when it comes to making big decisions about dating and relationships, this means that guys who are ‘reliable’ are preferable choices for long term dating partners than guys who aren’t.

You will find this becomes more pronounced when you leave the bigger cities, yes there still will be girls who will bang quickly, it’s just a difference in numbers.

Foreign women generally use contraception a lot more widely and can engage in their ‘sexual freedom’ with a lot less shaming than their Asian counterparts, thus the difference.

How to Use Your SMV to Get High Level Girls

Game really is the ultimate tool.

When you have good game, your interactions demonstrate to women the best parts of your personality and life, which makes it very difficult for them to slot you away into the normal categories of ‘cool guy’ ‘rich guy’ ‘loser’ etc etc.

You may not display the wealth of Leonardo Di Caprio but your behavior via your game shows a high level of confidence, social intuitiveness and awesomeness, so that generates strong levels of attraction with the girl and enables you to have quality interactions that can lead to dates, sex, relationships etc etc.

Another important factor is your level of access to the women you desire.

Online Game’s greatest strength and weakness is that it provides easier access to women, this only works if you have really good photos, can type a good game and are physically decently appealing, although you can leverage things in your favor via a war of attrition.

I personally am a big fan of both Day Game and Night Game approaching in the highest tier areas I can find.

In Shanghai its Xintiandi and Jing An area, in Seoul it’s Gangnam and in Tokyo it’s Shibuya.

The reason I like these places is that they solve the “access” problem most guys have – you can easily just run around on the street and find the highest quality girls in these locations and approach them.

Most guys aren’t aware that SMV is important, nor do they understand that your Game is the really important factor both in terms of communicating that value and in making your PERCEIVED MARKET VALUE work in your favor.