How Is Pickup Different in Asia?

I mentioned in the first post that there were some differences between ‘The West” and “The East” in terms of Game and how it all works.

So now I’m gonna have a waffle at you about that and how understanding that can improve your dating life in Asia.

(Check out our upcoming summit in May, Korea, http://www.AllAsiaSummit.com)

The most important difference I will hurl at you all is this:

Shocking right? Here’s what that means:

In most Asian countries, girl’s can’t be seen as ‘successful’ by just getting a good degree and a job.

Although if a girl has no degree, no job and marries some rich dude who will provide for her and gets her pregnant – she’s successful.

Most Asian girls though are expected to study well and get an education that would make them a ‘good match’ for a local guy of similar or higher value.

This isn’t my view, this is the view held by god knows how many millions of Asian mothers, fathers and old school grand parents.

By attending our weekly PickUpAsia Discussions sessions, usually held on ZOOM every Wednesday from 9:30pm Beijing time, if you’re interested, email me at [email protected] or wechat me: KaneVast.

Lastly, if you want to improve your game, meet some like minded people and have an awesome time, check out our upcoming summit http://www.AllAsiaSummit.com which will be held in Korea on the 4/5/6th of May in Seoul. 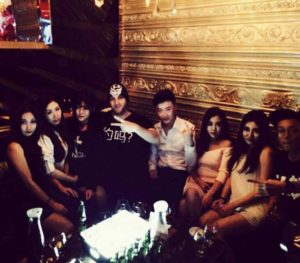